Your Voice, Your Future – Wave 3 Results

What Prospective and Current Students are Thinking in the Coronavirus Crisis

» The proportion of current students who say they won’t return if all courses are online is holding steady at 14%, where it was in Wave 2 — down significantly from 23% in Wave 1.

Kudos to professors and TAs

» In Wave 2, 85% of respondents agree or strongly agree that their instructors are trying to do their best, closely matching the 83% in Wave 1. There are no Wave 3 results since school closed 3 months ago.

And now the bad news:

» After two waves in a row at 59%, the percentage of respondents who say they get easily distracted and are not able to focus their attention in online classes has fallen to 46% in Wave 3. Students are acclimating but still need supports.

» 19% of respondents think a gap year makes a lot of sense (up slightly from 18% in Wave 2 and still high in comparison to 12% in Wave 1). It might take some persuading to draw them to online learning.

» The percentage of respondents who say that even with government grants, they will need a job to have enough money to go to school in the fall remains high at 72% (effectively unchanged from Waves 1 and 2 at 73%).

» Only 9% agree that tuition fees should be the same for online and face-to-face courses, with 9% neutral. An overwhelming 81% disagree (similar to Wave 2).

On the communications front

» The percentage of students who report that the communications they receive answer the important questions they have has fallen to 50% (down from 55% in Wave 2).

Broadly, prospects are on a similar page to current students

» Now 14% of prospects say they won’t attend if all their courses are online compared to 15% in Wave 2.

On the bad news side:

Not every prospective student is on board

» In Wave 3, 25% of prospects aren’t fully committed to attending school in Fall 2020 compared to 28% of prospects in Waves 1 and 2. However, the proportion of prospects who say they will stick with their top choice school has remained steady at 82% in Wave 3 compared to 83% in Wave 2.

» About 10% of prospects say they would accept their offer and then ask for a 1-year deferral.

» Confidence in the ability to make progress towards educational goals has risen slightly to 71% in Wave 3 (from 69% in Wave 2).

» The percentage of prospects who say tuition should not be the same for online delivery is down slightly to 81% compared to 85% in Wave 2.

On the communications front

» Overall satisfaction with communications continues to be poor at 58%, with the biggest drop coming for communications being clear and easy to understand.

» Email remains the best way to reach out according to 87% of prospective students.

Here are some preferences and trends to consider for Fall 2020. 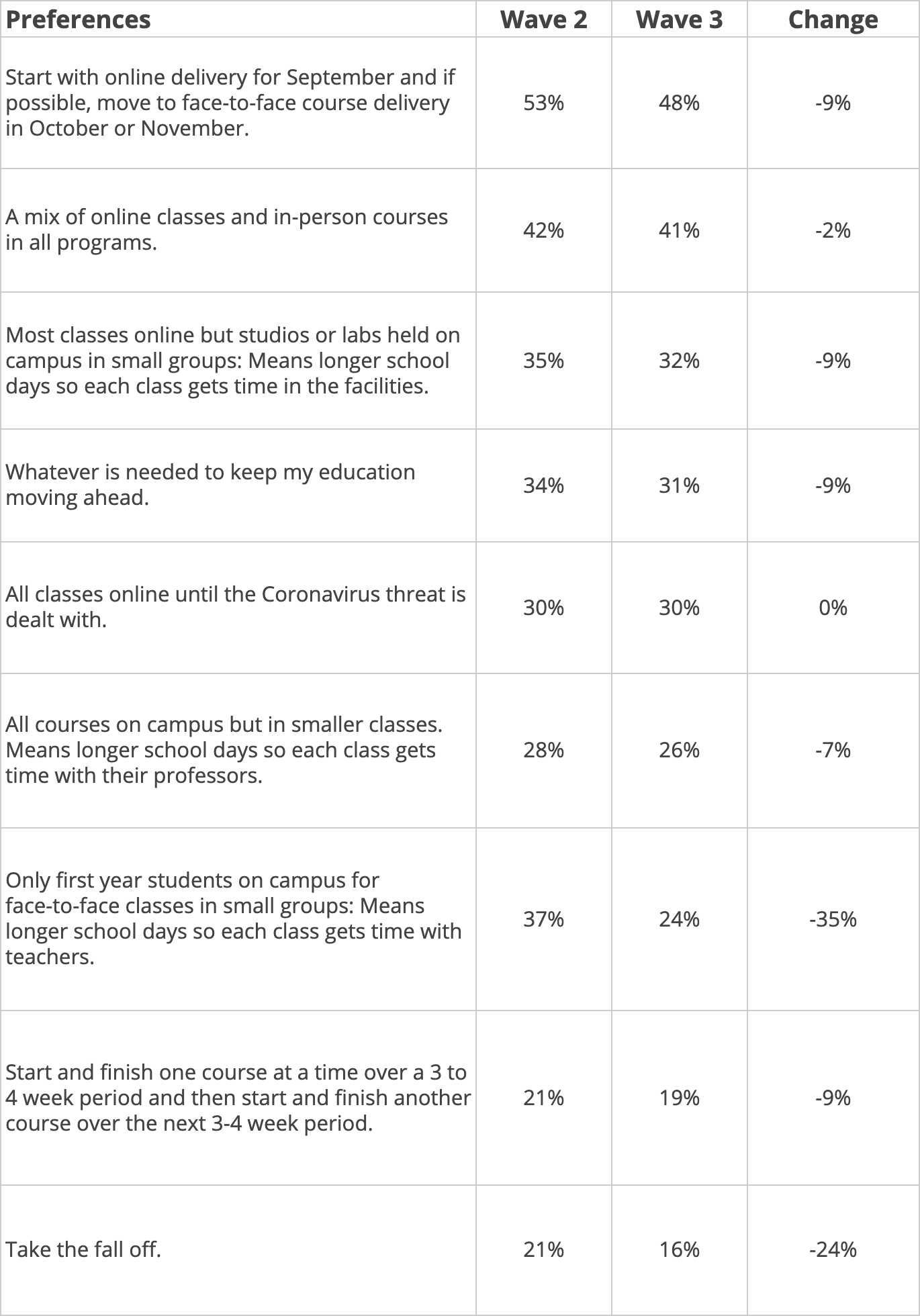 If all classes are online this fall, what kinds of extra support do you think you might need? 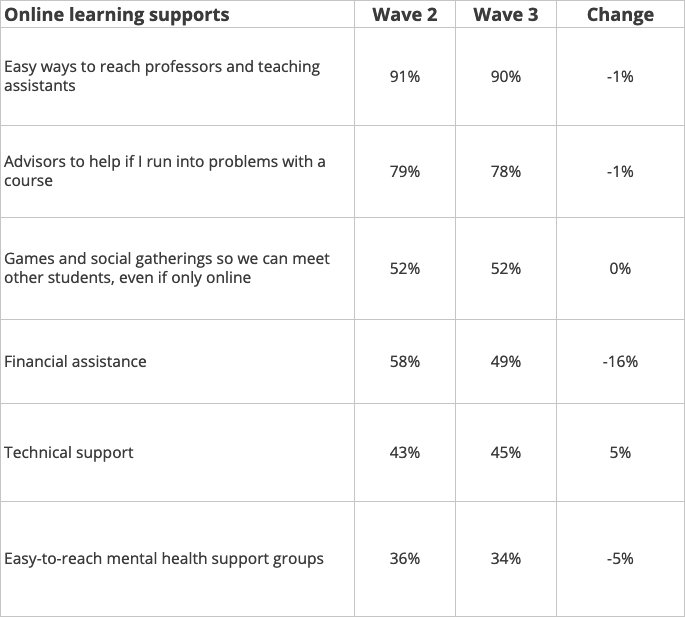 Retention and reasons for concern

» If you are interested in these insights, please let us know.

Benchmark your own student body against the national average: info@schoolfindergroup.com